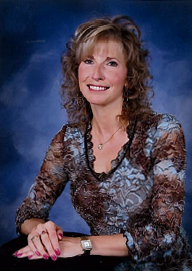 Lorie-Gay grew up in the small town of Assiniboia, Saskatchewan and by the time she graduated from High School, she had achieved her Advanced Royal Academy of Dance Diploma, her Advanced C.D.T.A. Tap Certificate and many dance awards and trophies. At the age of 11, Lone-Gay received highest mark in the province for her Tap Solo at Provincial Competition. When she did her Advanced Ballet at the age of 16, she was the highest graded mark in Canada that year. She began training as a youngster at the age of three from Doris Sitter in Moose Jaw and later traveled to Lusia Pavlychenko in Saskatoon. She also trained with her sister Melody-Lynn (Drewitz) van Veen. She attended many summer schools and workshops across Canada as a student, and later a teacher. Her summers at the Alberta Ballet School with Ruth Carse and three summers on scholarship at the Banff School of Fine Arts (Ballet Program) are a few of her fond memories. Other teachers who influenced her career were Alan Hooper (England), Sonja Chamberlain (Toronto), Brian Foley (Toronto), John Marshall (Scotland), Elspeth Strathem (Scotland) and Lynette Kelley (B.C.).

Lorie-Gays teaching career began very early in dance as she assisted her sister Melody-Lynn in Assiniboia, Weyburn and surrounding area. She became a Registered Ballet Teacher with the Royal Academy of Dance, a Member of the Canadian Dance Teachers Association (Stage and Ballet Divisions), and was the first dance teacher is Saskatchewan to bring ADAPT exams to the province. She also became Saskatchewans youngest examiner at the age of 24 and completed her full membership with the Scottish Dance Teachers Alliance. To date, she has put students through all these professional exams as well.

The Drewitz School of Dance began operation 39 years ago when Lorie-Gay Drewitz from Assiniboia, Sask. married Don Gallaway, a local Estevan farmer.  Lorie-Gay was a qualified professional dance teacher and she was approached by residents in the community if she might consider teaching their children. Thus, the Drewitz School of Dance opened its doors to the community of Estevan and area. In the beginning, the lessons were taught at the Oddfellows Hall, the Legion Hall and the Elks. There was an enrollment of 52 students the first year. As the studio grew, longer hours and more classes were needed, so two days and week grew to three and the studio doubled in enrollment the first three years. A building was purchased on 4th street to keep up with the growing demand of dance in the area. When the studio celebrated its 10th Anniversary, the location moved to 1037-2nd Street which has become the second home to many students. Over the years, the studio has trained dancers in Ballet, Tap, Jazz, Musical Theatre, Highland and Stretch. Dancers have participated in professional examinations under the Royal Academy of Dancing, the Associated Dance Arts for Professional Teachers, the Canadian Dance Teachers Association~, and the Scottish Dance Teachers Alliance. Students have won many awards in the Provincial Dance Festivals and have put Estevan on the map as a competitive high-standard studio. Many dancers have trained since the age of three and completed graduation at the studio, earning their Associate Teachers. Some have even gone on to dance professionally.

The studio has played an active part for entertainment to the community in their functions. It has brought a service to the community that was not available until the business opened in 1983. Students have performed at the following dance-outs to name a few: Robbie Bums Night Annually, Entertaining for Elks, Legion Hall the Tower Restaurant Medieval Feast, Street Fairs, Nursing Home and Creighton Lodge, Estevan Shoppers Mall Promotional Days, Fashion Shows, Anniversaries, Weddings, and Church Functions to name a few. Students come from all over to dance at the studio. Presently there are students from Lampman, Frobisher, Oxbow, Benson, Bienfait, Torquay, North Portal, Creelman, Yellow Grass, Midale,Coronach, Weyburn, and Crosby, North Dakota all visiting our community on a weekly basis. The students have learned their love of dance from their dance teacher  The Drewitz School of Dance celebrateded its 38th Anniversary in 2021.

As well as her devotion to teaching, Lorie-Gay kept busy with Dance, not only in Saskatchewan, but across Canada. She is a C.D.T.A. Examiner in the Saskatchewan Branch for Stage (Tap & Jazz) as well as the only Saskatchewan Examiner for Ballet in the CDTA. She is the Ballet Chairman and has given many hours of volunteer time to the C.D.T.A. Sask. Branch Executive. She brought the C.D.T.A. Ballet to the Sask. Branch 15 years ago and was the first teacher to offer the ballet exams to her students. She has been Saskatchewans representative at the Canadian National Committee Meetings for ballet and jazz in the past, and has been a National Stage Consultant. Lorie-Gay has also sat on the Board of Directors for the Conexus Arts Centre in Regina. She has been at the Centre as it has been going through its renovation process and has strongly promoted the Conexus Arts Centre as a facility to welcome the youth; our future artists.  For many years she was involved with choreographing the Souris Valley Theatre for Estevan Tourism, and enjoyed working with local and out-of-town talent. She was the founder of the Drewitz Dance Camp held for the last 25 years out at Moose Mountain Provincial Park, and the local Ballet Summer School Extravaganza for Major Ballet Students in Western Canada. She has adjudicated festivals throughout Canada in Edmonton, Brampton, Ottawa, Toronto and throughout Saskatchewan. She has taught workshops for students and teachers, sharing her knowledge and love of dance with others.

On November 2, 2002, local dance teacher Lorie-Gay Drewitz-Gallaway received Honourary Membership from the Canadian Dance Teachers Association. The gala evening was held in Regina at the Crown Room in the Travelodge. Dance teachers from the province attended the special evening as well as Lorie-Gay s family. Lorie-Gay is one out of six dance teachers in the province and the youngest to receive this this honour. Honourary Membership is awarded to a person who has done outstanding work in the field of dance; not only provincially but across Canada. The summer of 2005, Lorie-Gay received Honorary Membership of A.D.A.P.T. More recently, Lorie-Gay was awarded the Life Membership with the Royal Academy of Dance.

Although her dancing takes her many places, she always enjoys coming home to her husband Don, her son Robbie and hos wife Ashley and her two Grand daughters, Rylee and Teagan. They have given her the support to help her achieve her dreams. She also feels her success has come from her parents, family members, friends, fellow colleagues, dance parents, and all her other children; her dance students.

On teaching, Lorie-Gay says: Teaching dance is like creating a work of art and their is a special bond between the teacher and the student of loving and being loved. You hope that along the way you have given them something special to take with them on their journey of life.